The 10.000 orders only in April in France and the total 20.000 orders in this country have not gone unnoticed. Carlos Ghosn, newly reelected president of Renault-Nissan alliance, said the success of the Romanian SUV is identical to that obtained by Renault Scenic 2 at its launch in 2003.

"I have never seen so many people in showrooms since the launce of Renault  Scenic 2", are the words of Carlos Ghosn, the Brazilian known for that is reluctant to praise one model or another until it is truly convince of its market value.

"When we announced the Duster’s price at the Geneva Motor Show, the journalists present there thought we were wrong. We were wright and in April we have already 10.000 orders for the Duster. Dacia will shake the 4×4 market", said Ghosn. 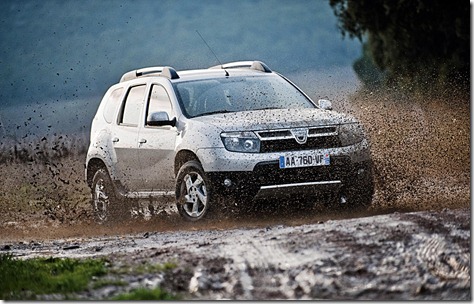