Dacia suggests that it will launch several models derived from the Duster SUV and announces it will increase production from Mioveni to 400,000 units as of September 2020. 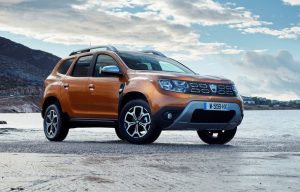 The international media has been speculating for a long time that Dacia plans to launch a 7-seater version for the Duster, as a result of the increased sales of the SUV produced in Mioveni in the European Union. So far, Dacia officials have not commented on this information, but Christophe Dridi, the general manager of Automobile Dacia and Groupe Renault Romania, suggested on Wednesday that the Romanian manufacturer intends to develop more models derived from Duster. However, the official refused to go into details about the launch date.

“We are very proud that we sell Duster in 44 countries. We believe that Duster is like an ambassador for Romania. Our challenge is to continue the success of Dacia and with Duster and other models, “ said Dridi.

In addition, the international automotive press speculated that the compact SUV Renault Arkana, that was recently launched exclusively for the Russian market, could soon be launched on the European market under the Dacia logo. In fact, the French officials have previously confirmed that they are considering selling Arkana in the European Union.

Dacia announced earlier this year an investment of 100 million euros to increase the capacity of the plant in Mioveni from 350,000 to 406,000 units per year, and the new investment has now received a concrete deadline for completion.

“We inted to increase the capacity of the Mioveni plant. Currently, it is producing 350,000 vehicles per year, and as of September 2020, we will have a capacity of 400,000 cars per year. We invest 75 million euros, and the government subsidy is 25 million euros. It will allow us to produce 50,000 more cars per year and we will employ 300 new people, “ said the Dacia official.