The Dacia Duster with automatic transmission (EDC – Efficient Dual Clutch) that was presented at the Paris Motor Show this autumn will be available for ordering from February next year. According to the Dacia officials, the new model will have a very competitive price. 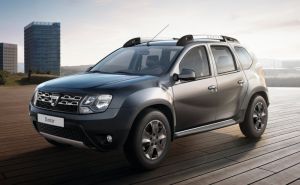 The new Duster with automatic transmission called Easy-R will be available for ordering from February 2017 but only in a few European countries. The new automatic transmission will be available only with the 1.5 dCi diesel engine with 109 HP and 4×2 version but we hope that with the launch of the new Duster next year we will find the automatic transmission on more models. The EDC gearbox has two clutches: one for the odd gear steps (1/3/5) and the other one for the even gear steps (24/6). The gear shifting is accomplished by some motors managed by a computer that selects the ideal gear. Thus, the shifting is very fast and the torque transmission is continuous ensuring a low fuel consumption. The new Duster with and EDC gearbox with a 1.5 dCi engine and 110 HP will consume and extra 0.1 liters/100 km and will be slightly slower in acceleration to 0.1% from 0 – 100 km/h. The price of the automatic gearbox will be very competitive, in accordance with the pricing policy of Dacia. 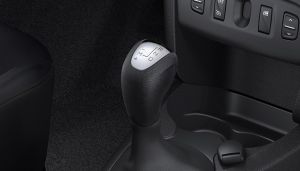 The Dacia Duster has been upgraded with an EDC automatic gearbox to meet the growing market in this segment and also to address to a new category of customers that didn’t buy a Dacia model before.