As Audi has ABT and Toyota has Modellista and Dacia has a tuning company specialized in improving the Romanian car manufacturer models. The tuning company is called Elia, and is a company that pays special attention to the Renault-Nissan Alliance models, especially to the Dacia models.

The first proposal, Dacia Duster Colour Concept, is addressed to those who want a more colorful appearance on the street and comes with a body colored in matte orange. The orange is in contrast with the black side skirts, the stripes on the hood, the side mirrors housings and the front and rear bumper. 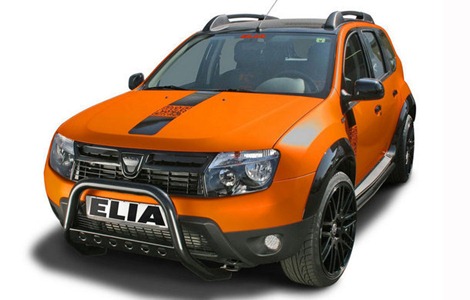 The same combination of colors can be found on the interior, the upholstery and all the materials being repainted in black and orange. The list of changes include a revised suspension, a replaced power exhaust and some additional power under the hood.

The Darkster limited edition, is an improved version of the last year model, presented at the Frankfurt Motor Show. The kit offers a slightly more aggressive look thanks to the black wrap, also with matte finish. In his case, the contrast is made with chrome finish applied to the front bumper, the side sills, the mirror housings, the door handles and the grille. 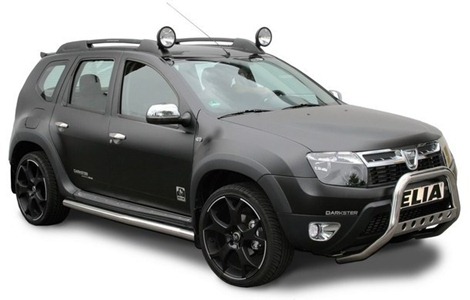 The package is completed with 20-inch alloy wheels, finished all in black and using 245/35 tires. The Duster Darkster also has dual exhaust chrome, front bumper LED lights, LED taillights and leather upholstery on the interior.

For those who want more power, Elia uses a recalibrated ECU to add another 16 HP and 28 Nm in the top version of the 1.5 dCi engine. 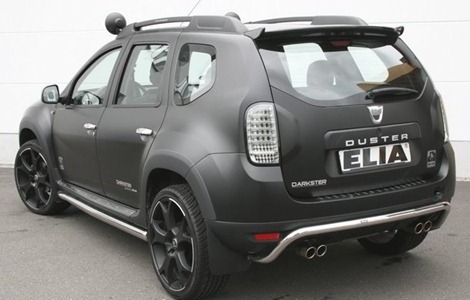