The Dacia fans in the UK can order a Duster starting from June 28. The English will have to make an deposit of 100 pounds to order a Duster, and first deliveries will take place In January 2013. From the first information, Dacia Duster will cost less than 10,000 pounds in the UK, which is the equivalent of 12,150 euros. The four wheel-drive versions will have a starting price of 12,500 pounds, the equivalent of 15,150 euros. As already announced by the Dacia officials, the version with the wheel on the right side of the Duster will be manufactured in India, at the Renault-Nissan factory in this country.

Judging by the results of Duster in the Western European market, Dacia will have a significant number of orders also in the United Kingdom. For example, on the French market, Dacia Duster sold 47,845 units during 2011, while the Spanish market has bought 7,000 units by November. Moreover, the Duster sold so well on the French market and registered 2.4% of the total vehicle market in 2011 in that country.

In addition to the Duster, Dacia will launch the Sandero in the UK market. Initially, the Sandero had to be the first Dacia model launched in the UK, but Nissan corporation has changed its strategy and chose to debut with the popular crossover, the Duster. 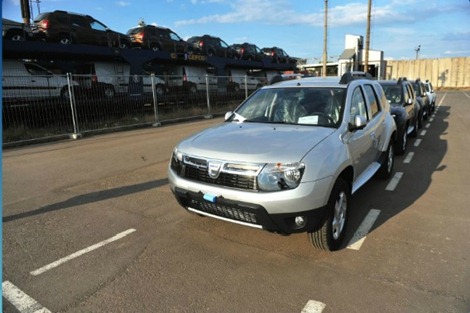