Dacia launched in Romania the Duster Pick-up model equipped with a 115-horsepower diesel engine. The new Duster Pick-Up has a payload of 500 kilograms and can be purchased from October 22 for 22,500 euros. 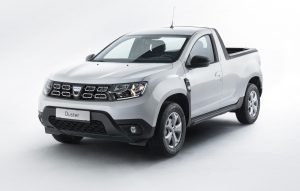 Dacia announced that it will sell from October 22 a Pick-Up version for the Duster that is developed in partnership with Romturingia, one of the most important companies in Romania specialized in the production, conversion and arrangement of car bodies.

Dacia Duster Pick-Up is based on the Duster SUV and offers as a novelty an open cargo with a length of 1.65 meters. The volume of open cargo truck is 1,000 litres, and the payload reaches 500 kilograms. The open cargo is made of composite materials on a metal structure and benefits from a simple and practical drive system.

The new Duster Pick-Up has two doors and a single row of seats and can be purchased for 22,546 euros. The Duster Pick-Up is available only in the Blanc Glacier body colour and is equipped with 16-inch wheels. 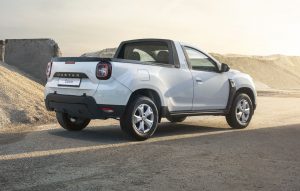 The Duster Pick-Up also takes over the all-wheel-drive system and all safety features present in the standard version of the Duster, including the hill-start assist system and the hill descent control system. Customers interested in the new Dacia Duster Pick-Up can place orders in the Dacia commercial network starting October 22nd. 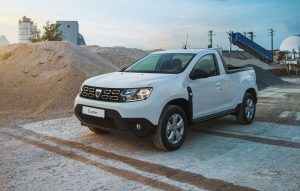