Dacia will register another success on a fragile automotive market. This time in the UK where the Romanian car manufacturer enjoys a special interest for its top of the range, the Duster.

According to a press release issued by the British division, the Dacia Duster has already totaled 1,000 preorders, three months before the first deliveries in the UK showrooms. Dacia wanted to clarify that this performance is more important considering that none of the 1000 customers has driven the right-hand drive version of the Romanian SUV. 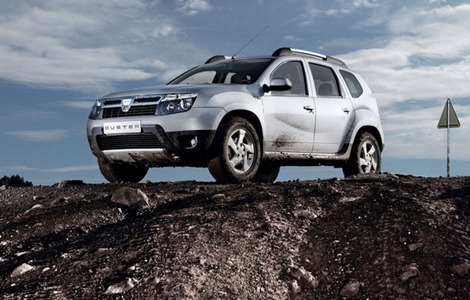 The list for the preorders was opened on 28 of July, but the owners will take possession of their car in January next year. So far, the dealers that managed to sign the most contracts are located in Scotland and Wales.

Phil York, the Dacia marketing director of the UK division said: “We always knew that Dacia has the potential to successfully enter a stagnant British market.  The Duster enjoys a successful start, even before the first right-hand drive units are delivered in the UK. “

Dacia also revealed that the Duster enjoys a great success on the Indian market, where Renault, the brand under which is sold the Romanian SUV, registered already 20,000 orders.