The French of Renault have prepared a special model of Duster for the Russian market. The model presented at the Moscow Motor Show abounds in chromed, specially designed to create the impression of exclusive, high class car.

The Renault Duster for the Russian market will be powered by a new 2.0 liter petrol engine along with the other engines.

The Renault Duster will be produced in Russia in 2011, at the Avtoframos factory near Moscow where now are produced 160.00 units of Sandero and Logan. Until then, the French will assembly the model based on parts made in Romania. 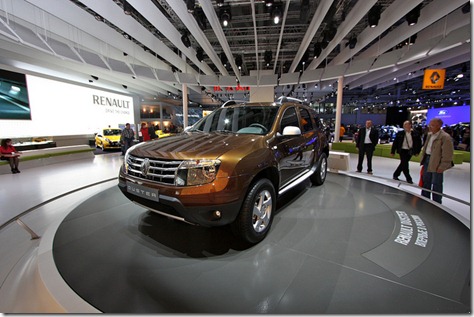