Renault decided to use the EDC dual clutch transmission found on its range to the 1.5 Duster diesel version. For now, the new automatic transmission will be found only in the Indian market, but this may be the first step before a launch of this version in Europe. 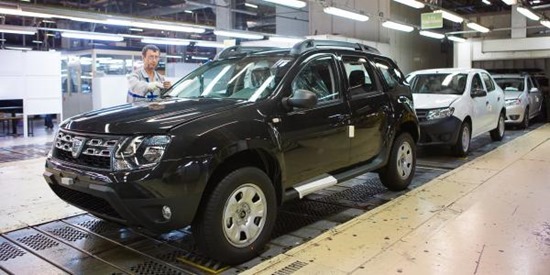 Dacia Duster is starting to become one of the business cards of Renault, that sells the compact SUV  in dedicated variants for each major markets.  And if until now we knew that Duster had an automatic gearbox in the Russian and Ukrainian markets, where the automatic transmission is coupled with gasoline engines, Renault makes the first step towards an appearance of the automatic transmission on diesel powered versions.

The new version will be launched in India, where Duster will receive this fall a new facelift and a EDC dual clutch automatic gearbox which can be ordered with the 4×2 diesel versions of Duster.
In India, as in Europe, Duster is available in both 1.6 liter petrol engine and the diesel variant of 1.5-liter dCi  engine with two power versions. The European Duster has an extra  gasoline turbo engine of 1.2-liter and 125 HP.