James May, one of the presenters of the famous British show Top Gear, praised again the Dacia cars in his weekly editorial in the Telegraph newspaper. This time, James May praised the new Dacia Duster, after a few months ago praised the Dacia Sandero. As expected, May appreciated the simplicity of the Romanian SUV and stated that the Duster does not give the sensation of a car built in a country not used to build vehicles for customers who have never had a car so far.

Dacia Duster will be launched in the UK market in 2012 with a starting price of 11.000 pounds according to first estimates. James May noted that you can not buy a Ford Fiesta with a low level of equipment for this sum and the difference of space between the two models is enormous. The Duster’s trunk space offered was also praised along with the five seats available.

"Finally the Duster is made by Renault, has proper engines and drives properly" said James May. 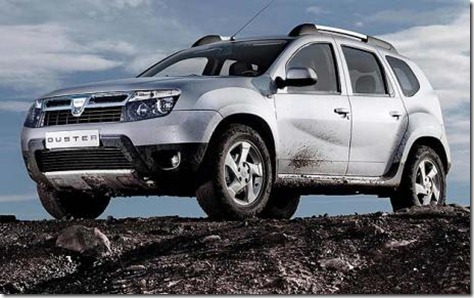