After winning the Car of the Year award in Romania, Dacia Duster receives another award, this time internationally. The Romanian SUV has received the Autobest 2011 award, surpassing Opel Meriva and Renault Fluence. On the podium were also Kia Venga and Citroen C3. Of the 14 jurors, 11 voted Duster as winner, while three gave the first place to Meriva. Although the comparison is ambiguous, Dacia Duster received 863 points, Meriva 822 points and Fluence 717 points.

"Dacia Duster is the most popular car in the Autobest region, if not across Europe. The Autobest jury merely confirmed this status to Duster, who became a successful model anywhere in Europe" said Ilia Seliktar, the President of Autobest.

The 15 journalists who participated in the 2010 edition of the Autobest prize awarded points and formed the final standings in the criteria of the competition decided ten years ago. Dacia Duster won the first place with 24% of the points, an average score for the results of the past years. Renault Symbol has received 24.4% of points last year and the Chevrolet Cruze 23.4% of points obtained in the same year – making the closest competition in the past five years. 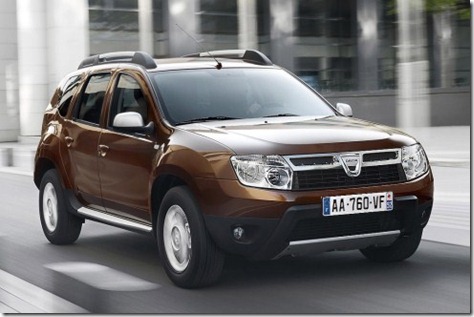