"The association between Dacia and the Gopo Awards comes naturally as the Duster, the official car of the Romanian movie awards, is a winner in the automotive field, " said Jérôme Olive, the General Director of Automobile Dacia.

"We are extremely proud of the collaboration of two successful local brands. The Gopo Awards Gala, has become one of the most important annual cultural events and is also the most important recognition that the Romanian filmmakers receive home. The Gopo Awards would not be where are now without a strong partner such as Dacia, "said Tudor Giurgiu, the president of the Association for Promoting Romanian film. 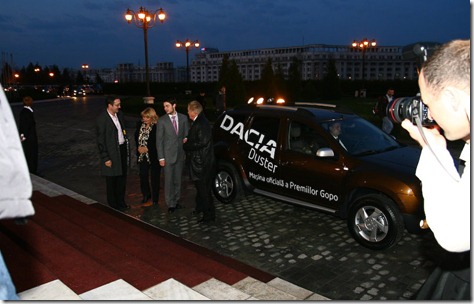