Dacia Duster retains 34% of its value after three years, according to a study by CAP, a UK company specializing in residual values​​. The Romanian SUV, that has already gathered a waiting list in the UK of five months for the Access version, has a residual value with only 2% lower than the rivals in the segment, which have a bigger initial price,  according to CAP. 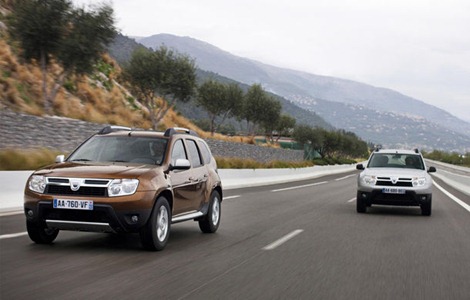 "We all know that Dacia Duster is a great package for anyone who desires a practical, affordable and reliable SUV. The CAP study strengthens our belief that it is a very attractive model for the British customers. After they will drove a Duster I doubt that many customers will ever want to part with it. But if you will ever need to sell it or give it in exchange for a new Dacia model you will not lose very much. I can not think of how residual value of Sandero will crush the competition, in the near future, "said Phil York, the marketing director of Dacia UK.

The orders for Duster Acces have exceeded one-third of the initial Dacia predictions and the 4×4 versions orders have already reached more than double the initial predictions. The Duster’s top versions follow the same trend as in other markets where this model is sold, managing to attract two thirds of the customers of the Duster.