Dacia Duster has received two new awards last month,from the British editions of FHM and Top Gear. Thus, the publication FHM awarded Dacia Duster the "Best for When You’re Short on Cash” distinction for the low price of the Romanian SUV and the editors of the publication have appreciated that “Dacia has created a big, robust and good looking vehicle". Moreover, the FHM added that Dacia Duster is the right car for our times, being adapted  perfectly for the “economic fog” that we live. 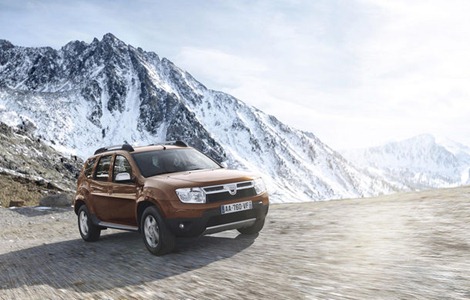 The British edition of Top Gear magazine awarded Dacia Duster the prize "Bargain of the Year 2012". The Top Gear editors said "no other car in the world gives you so much freedom for the money you spend". The conclusion of the famous British publication was reinforced by a test with the Duster on the Canon del Pato road, one of the most dangerous in the world. Among the most appreciated qualities of the Duster were the angles of attack and escape, the ground clearance and the off-road abilities.