Dacia Duster was chosen by a specialized jury the Car of the Year 2012 in Scotland. The result is very important for the Romanian car manufacturer especially as the Duster will be available for sale in the Scottish showrooms from January 2013. In addition to the supreme title, the Dacia Duster has been voted the best SUV and the best budget car in Scotland. The Scottish jury said: "Dacia Duster offers an excellent price quality ratio for the car market in Scotland.” 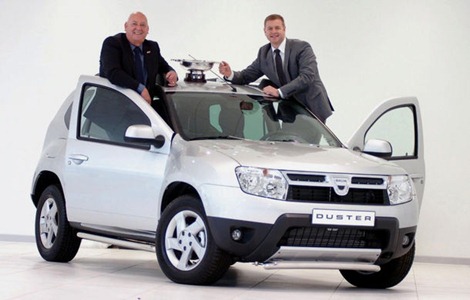 Dacia has proposed to conquer the UK car market after imposing in almost al of Europe as a budget car brand. If in 2004 Dacia sold 5,000 units in 2011 sold 350,000 units worldwide. In 2013 Dacia will try to conquer the British market, a very competitive one. The vote of the Scottish journalist jury is a first indicator that Dacia might record a new success.