After 10.000 orders in one month after the launch in France Dacia Duster has also a promising degut in Italy.

According to the Italian press, the first Romanian SUV gathered 1.800 orders within seven days after the official launch, 600 of which were made in the very first weekend the Duster  was presented in Italy.

In the debut weekend, Dacia showrooms received 33.000 visitors, 4300 of them making a first test drive with Duster. An analysis of the orders show that most Italians have chosen the Laureate top version of Duster and 63% of the customers preferred the diesel version of the Romanian SUV. A very interesting thing is that only 30% of the Italian clients chose the 4 x 4 version of Duster. 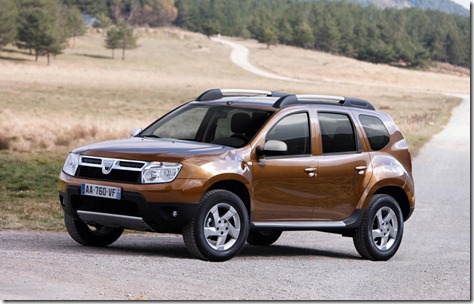