The first spy photos of the new Duster facelift were published on the internet. Because we are talking about a facelift, there will be no major upgrades for the Romanian SUV that will be launched in September at the Frankfurt Motor Show.

Carscoops.com published a set of spy photos with Dacia Duster. As we can see, although the SUV is hidden, the changes will be minor. The headlights and the front grille will line up to the new front design line of the brand, already implemented on all six models of the Romanian car manufacturer, al upgraded since 2012. Basically, with the facelift of the Duster, Dacia has a completely new range, being the youngest in the entire automotive industry. 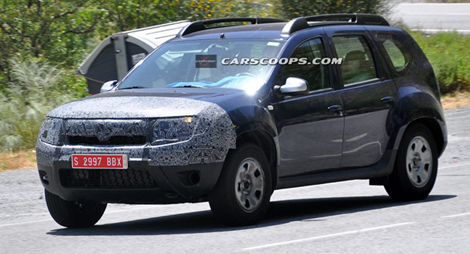 The Duster facelift will have new taillights and a new dashboard that will include the new MEDIA NAV system, which is already a big hit among customers who have bought the latest models of Logan, Sandero and Lodgy. The navigation system features a 7 inch touch screen with a simple and intuitive use. The MEDIA NAV includes an integrated navigation system, radio with Bluetooth connectivity and audio streaming, USB and jack sockets, ensuring the connection of external devices. Because it has a low price of 300 euros, the MEDIA NAV will be a big plus for the new Dacia Duster. 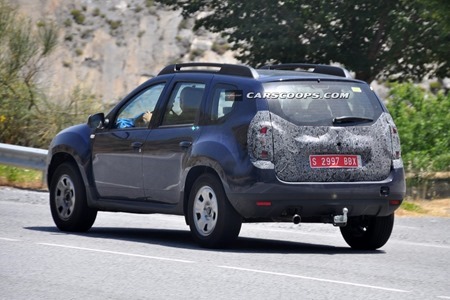