The French car manufacturer, Renault, has big plans with the Dacia Duster. The resounding success enjoyed by the Romanian model in Europe has led the French officials to think at a right hand drive version of the SUV produced in the Mioveni factory.

There are rumors that say that the Dacia Duster will be launched in Australia, but to avoid overcrowding the local market with multiple brands of the same manufacturer, the Romanian SUV will be sold under the Renault logo. The biggest problem for importing Dacia models in Australia will remain the cost of the transport and distribution.

Thus, exporting the cars produced in Romania is not a viable solution as the transport from Romania to Australia would lead to extremely high costs, which could lead to an increase in the selling price and thus would eliminate the price advantage of the Dacia models. The solution for selling the Dacia Duster in Australia would be to import the cars from the Renault factory in Mahindra, India. 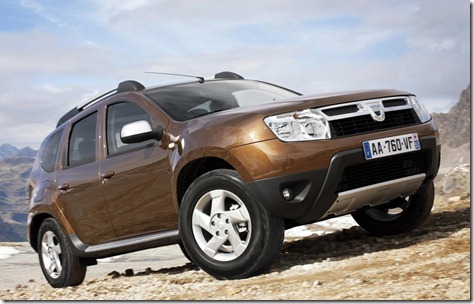