After qualifying in the final of the European Car of the Year competition, where was ranked seventh of more than 50 participants, Dacia Duster won the title of the Car of the year in Romania.

Not more than 15 of the 17 jurors of APAR awarded Duster 15 points each, the maximum available for each juror and decided that the Duster is the most important car launched in Romania in 2010. Finally, Duster has gathered 243 points, leaving far behind its rivals this year. In second place came Citroen C3 (130 points), and the on the podium was Opel Meriva. 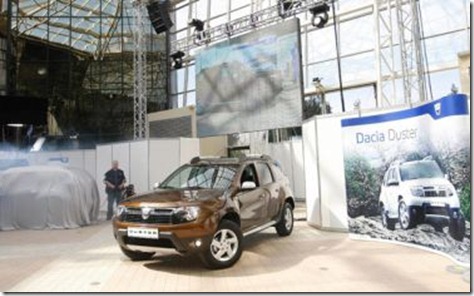